I would like to recommend the services of Gateway Career Management Limited and particularly Peter Wilford.  The four focused sessions provided a programme of supported self analysis to establish a new personal approach to the current recruitment market and to facilitate the career change I am wishing to undertake. The programme has enabled a new set of relevant CVs to be prepared, the development of a more challenging skills matrix, and a directional focus to my search for a new career.

I would add that I found the sessions that Peter facilitated were execellent and “homework of self assessment of true work values” an extremely positive exercise challenging self needs.  Session venues were located to suit and were conducive to maximising the benefits of the whole process

We worked with a Marketing Manager in the summer helping her review her CV and reposition it to specific positions that she was targeting.  She needed the input and focus and had taken the time during her maternity leave to get some external help.  This is what she said afterwards.

“I just wanted to say a huge thank you for all the help you gave me with my CV back in June/July.   I landed a new job a few weeks ago and start on 31st October (which marks the end of my year’s maternity leave).   I am going to be a brand manager for a major Cruises organisation. As you know I was very keen to move into a new sector and this job seems fantastic. I have you to thank.  I registered with one recruitment agency and 10 days later had an interview. 4 interviews and some online tests later I had the job.  Once again thank you for all your time and advice.”

Katie graduated with a good 2.1 degree in Psychology but had no idea of the direction she wanted to go in her career. She had not had any careers advice at school and even less at university. She came to us to find out what sectors and jobs most suited her.

We worked closely together during three face to face meetings. Initially it was important to find out what her main skills were. We looked at her skills, career needs and wants and key motivators.  We talked about what she looked for in an organisation and listed her top ten “must have’s”.  At the same time I took her through three personality based assessments including MBTI. It was important that I was clear what made Katie tick and how she liked to work. This would have a bearing on her career options.

We discussed what sectors Katie liked and had considered. She enjoyed writing and being creative and naturally gravitated towards journalism and PR. We also talked about Advertising and Marketing.  We covered in-house roles, working for an agency and working in consultancy. We also looked at internships and Graduate trainee roles with large organisations. I emphasised the need for her to get her fee under the table in a business where she could learn the ropes across a wide range of activities. I asked Katie to bring to our meetings copies of advertisements of roles that interested her and we discussed them. I asked her why she was attracted to each company and job. Our discussion was full.

At the same time we were preparing her CV. Katie’s work experience was good but not as focused around her favoured areas as it might have been. We needed to spell out what she had achieved in a way that gave an impact. It was key that her CV reached the top of the “interview” pile rather than ended up in the bin so we took time to give it as much bite as we could with a persuasive Personal Profile and a good selection of achievements as evidence to support her work experience.

Katie managed to secure an internship working for a small niche PR agency. She had been offered the role for an initial three month period after which her position would be reviewed.  When I contacted her after three weeks to check how things were going she told me that she had been offered a permanent role.  Although the salary was lower than she had wanted she knew that she should take it.  I told her to go for it and then once she had got some experience after a few months she would be better placed to raise the issue of her salary.  I pointed out to her that as a new graduate she should seize an opportunity when it came her way especially in the current job market.

Katie has used her contacts and has done well to have secured a paid role especially given the intense competition from other graduates with similar degrees many of whom are having to resort to internships as the only way to get a foot in the door.

Andrew had over 20 years experience of working with Government, public and private sector partners where he had  developed policies and mechanisms for the delivery and long-term management of greenspace and green infrastructure.  As an expert in landscape design and sustainable development he had proven skills in driving forward change and impact on housing growth agenda and land regeneration.

Following redundancy we worked with Andrew to help him redirect his career and identify specific career options. From our initial discussions and career coaching Andrew decided to set up his own niche consultancy business.

We worked with him over several sessions to give him the tools to help him move forward including a new CV.  We gave him the confidence and conviction to help him develop his new career path into private practise.  The areas we covered included how to conduct a SWOT analysis on his new business, writing a business plan, developing marketing activity and increasing his profile in the local community with proactive networking.

Andrew benefitted significantly from the direct experience which his consultant was able to bring of self employment and starting and managing a company.  Within a few weeks he was up and running with a clear business plan and focused marketing campaign.

Mike was a Sales Director in his late forties who had been made redundant and was very unsure of his next steps and what direction he wanted his career to go in. He knew what he didn’t want to do but didn’t really know how his skills and knowledge could get him into a role he did want to do.

We helped Mike think in depth and rationally about what his core skills were and how he could market himself to find roles that he would enjoy. We gave him a much clearer understanding of the types of roles he should look at and also, as importantly, the ones he should avoid. Mike said that the mix of advice, structured profiling and support was invaluable and he benefited greatly from the thoughtful and advisory style that we were able to give. Mike also discovered a lot about himself and his abilities through the sessions.

Mike has since landed a new role which came from a completely speculative approach to a company he identified as one that he would like to work for and that he has now started. When we contacted him he said that he was really looking forward to starting and was extremely grateful to us for our help in achieving this.

David had become unfulfilled in his career in the church and wanted to move into the commercial world but keep his work as a priest. He had no idea where or what. His confidence was low. He didn’t know how to market himself as he had never had to do it before. He had a good network of church contacts but few links outside. However he had strong entrepreneurial flair and a persuasive nature.

After working with David and after two months he had set up a portfolio career including a freelance consultancy specialising in the voluntary sector and church. He won clients including national charities and community projects in South London.

That was in 1998. He is now a Consultant in an international firm helping organisations, teams and individuals identify and achieve goals. He is still an ordained priest.

David is one of our many success stories. 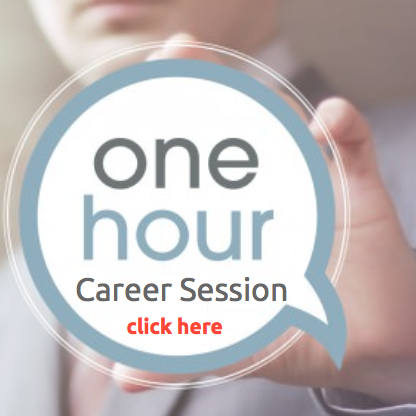